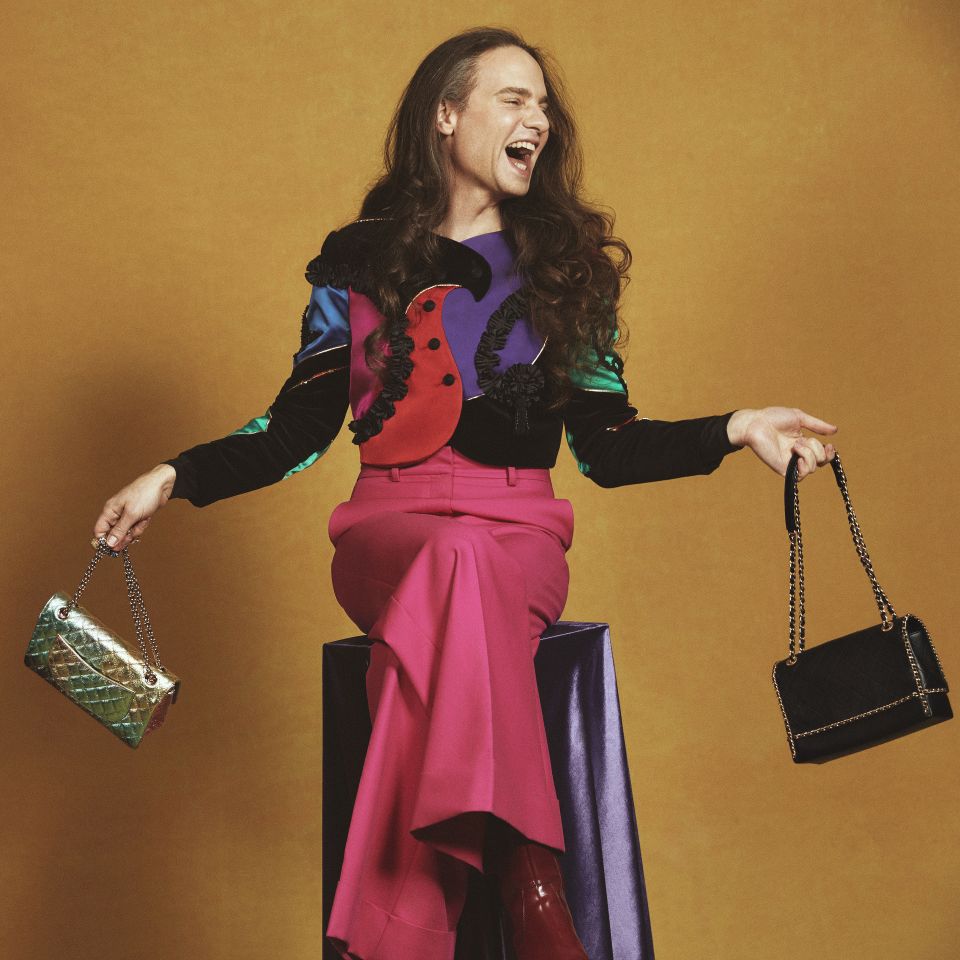 Theater producer (and president of Jujamcyn Theaters) Jordan Roth’s sense of style pours out of his Instagram feed in what feels like a parade of refreshing outfits interjected by reflections on clothes, who he is (and who he is not), theater, art and beyond. His partnerships with designers (Thom Browne) and artists (Michael Sylvan Robinson) have rendered looks that are in themselves a whole narrative. The looks and entries can be deeply personal (while hitting a collective nerve of familiar recognition for what they evoke) but they also shift to something visually daring and deeply in sync with the current cultural moment and, for that, they end up being utterly relatable.